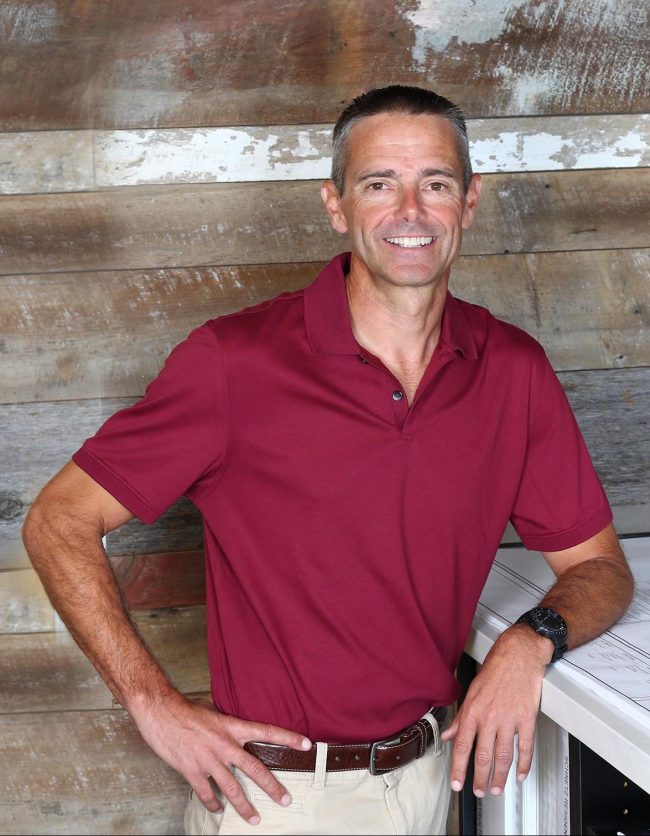 John’s background in Business and his passion for building have created a strong foundation for Landmark Builders. John has a B.A. in Business Management from Loyola Marymount University and a Class B General Contractors License. He shows his commitment to the industry through his involvement in various associations and his commitment to doing things right.

John lives in Granite Bay and enjoys time with family and friends. His three daughters keep him very busy with their active lifestyles. When time permits he enjoys the outdoors through either snow skiing or water skiing. Closer to home, his passions include enjoying and learning about wine along with BBQing as much as possible!

Quote:
“It’s not the critic who counts; not the man who points out how the strong man stumbles, or where the doer of deeds could have done them better. The credit belongs to the man in the arena, whose face is marred by dust and sweat and blood; who strives valiantly … who knows the great enthusiasm, great devotions; who spends himself in a worthy cause; who at the best knows in the end the triumph of high achievement, and who at the worst, if he fails, at least fails while daring greatly, so that his place shall never be with those cold and timid souls who have never known neither victory or defeat.” – Teddy Roosevelt